Menthol is a naturally occurring monoterpene alcohol that is extracted from oil of peppermint, corn mint, or other mint plants. It is known for its minty, cooling odor, and taste (Kamatou 15). It is also a part of the composition of Zinda Tilismath. Due to its antipruritic, analgesic, antiseptic, and various other therapeutic effects, it has been used for medicinal purposes since ancient times (Patel et. al. 873).

The beneficial effects of menthol are described below;

Menthol imparts a cooling effect when applied topically on the skin or oral cavity. The perception of this temperature effect is neither because of the evaporation of menthol nor any vasodilator mechanism (Schäfer et. al. 620). Rather, studies have found that menthol binds with the cold receptors and increases the intracellular calcium concentration in such a way that it causes the stimulation of these receptors. The body perceives it as a cold sensation (Hensel et. al. 27; Schäfer et. al. 620).

Cooling serves as an effective treatment for itch. Menthol renders a similar itch-relieving effect by stimulating TRPM8 ion channels (Palkar et. al. 1391). When these receptors are activated, they elicit a cooling sensation which diverts the attention away from the itch. Many studies have evaluated this anti-pruritic effect of menthol against lichen amyloidosis, as well as hydroxyethyl starch-induced, and histamine-induced pruritus, and found it as an effective remedy for itch (Bromma et. al. 157; Frohlich et. al.524; Haught et. al. 151).

Another study says that the topical application of formulations containing 1 to 3% of menthol alleviates pruritus while higher concentrations may result in irritation (Patel et. al. 1675). Similar amounts of menthol are present in the composition of Zinda Tilismath which makes it an excellent cure for many itchy skin conditions.

Menthol has been used as a non-opioid analgesic since the ancient past. When applied topically, it first stimulates the nociceptors (pain perceiving receptors) and later desensitizes them imparting an analgesic effect. It also activates the pain-relieving pathways of the central nervous system (Pergolizzi et. al. 313). This proves the therapeutic efficacy of using menthol in the treatment of headaches, muscle strains, arthralgia (joint pain), and various types of painful neuropathies (Pergolizzi et. al. 317).

Menthol acts the on human colon circular smooth muscles and imparts a spasmolytic effect by blocking the Ca2+ influx through sarcolemma L-type Ca2+ channels. In this way, it directly inhibits the contractility of gastrointestinal smooth muscles (Amato et. al. 285). This makes it effective in treating abdominal pain caused by spasms of the small and large intestine as seen in Inflammatory Bowel Disease, etc (Nolen et. al. 1707).

Menthol also exhibits antibacterial activity. It inhibits the growth of both gram-positive and gram-negative bacteria by disrupting their cell membranes leading to cell leakage (Trombetta et. al. 2474). It effectively kills bacteria like streptococci and lactobacilli that are notorious for causing dental caries (Freires et. al. 7333). That’s why; it is included in mouthwashes used for maintaining oral and dental hygiene. As Zinda Tilismath also contains menthol, it can be used to cure dental caries.

Because of its various beneficial effects, it is used to treat many diseases, as described below;

Sore throats are quite irritating as they cause discomfort due to the painful and burning sensations in the throat. As menthol imparts analgesic and cooling effects on skin and mucous membranes, its application in the form of oral sprays or throat lozenges is helpful in the treatment of minor sore throat pains (Farrer 122; Zhao et. al. 289).

Menthol has been widely used as an antitussive in the symptomatic treatment of upper respiratory tract infection. Its inhalation has been found to cause a significant reduction of artificially evoked cough in normal subjects (Morice et. al. 1024). Similarly, another study has shown that inhalation of its aromatic vapors elongates the cough latency period along with a marked reduction in cough frequency in a dose-dependent fashion (Laude et. al. 179).

Pieces of evidence regarding the therapeutic efficacy of menthol in the treatment of mild asthma are present. A study has demonstrated that its long-term use in the form of vapors improves airway hyper-responsiveness in asthmatic patients without altering the airway resistance (Tamaoki et. al. 504).

Menthol is commonly used as a part of the formulations to treat rhinitis associated with allergy or acute upper respiratory tract infection (Eccles 210). Although it does not change the nasal airflow resistance, it gives a subjective feeling of nasal decongestion to the patients suffering from the common cold (Eccles et. al. 652).

Due to its anti-pruritic activity, it can be used to treat many itchy skin conditions including eczema, psoriasis, irritant dermatitis, etc.

Due to the counter-irritant and analgesic effect, the topical application of menthol is therapeutically effective in reducing joint pains. Moreover, it is also found to improve the functioning of joints in patients having osteoarthritis (Topp et. al. 92).

Clinical trials have found that topical application of methanol is a safe, efficacious, and tolerable treatment of headaches like a migraine (Borhani et. al. 451).

Because of its antimicrobial activity against pathogens of the oral cavity i.e. streptococci and lactobacilli, it can be used to cure dental caries (Freires et. al. 7333).

Menthol is an organic substance that is commonly obtained from the oil extract of the peppermint plant. It possesses analgesic, antipruritic, antispasmodic, antibacterial, and cooling effects. These properties make it an excellent remedy for many common ailments like upper respiratory tract infections, itchy skin conditions, dental caries, and various types of body aches and headaches. As it is an integral part of the composition of Zinda Tilismath, it renders similar effects and therapeutic properties to this herbal formulation.

ECCLES, RONALD, MOUTAZ S. JAWAD, and SARA MORRIS. “The effects of oral administration of (—)‐menthol on nasal resistance to airflow and nasal sensation of airflow in subjects suffering from nasal congestion associated with the common cold.” Journal of Pharmacy and Pharmacology 42.9 (1990): 652-654.

HENSEL, HERBERT, and YNGVE ZOTTERMAN. “The effect of menthol on the thermoreceptors.” Acta Physiologica Scandinavica 24.1 (1951): 27-34.

Patel, Tejesh, Yozo Ishiuji, and Gil Yosipovitch. “Menthol: a refreshing look at this ancient compound.” Journal of the American Academy of Dermatology 57.5 (2007): 873-878.

Topp, Robert, Joseph A. Brosky, and David Pieschel. “The effect of either topical menthol or a placebo on functioning and knee pain among patients with knee OA.” Journal of geriatric physical therapy 36.2 (2013): 92-99.

Other posts by Zinda Tilismath Zinda Tilismath is a panacea of several illnesses, which means this single herbal medication can cure multiple ailments that are common in our daily lives.... Continue reading 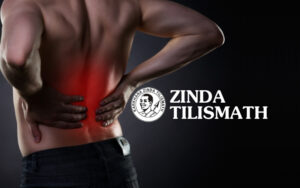 Massage is a term that refers to the practice of rubbing, pressing, kneading, and manipulating skin, muscles, and other soft tissues. It is, usually, done... Continue reading

Trouble Breathing? Steam Inhalation Therapy may be the Cure

Are you having trouble breathing? Do you feel as if you cannot draw a full breath? Have you been looking for a cure? Do not... Continue reading 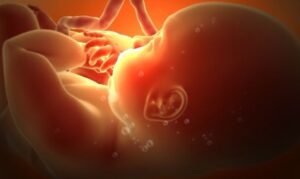 Is It Safe to Use Zinda Tilismath during Pregnancy and Breastfeeding?

Pregnancy and lactation are essential periods in which extreme care is necessary. Mothers become very conscious about what they eat or take as it... Continue reading Ingredients used in Zinda Tilismath and its Side Effects

Have you thought of moving to Ayurveda from Allopathy for treating cold, cough, stomach pain, etc? Well, I think that would be the best choice... Continue reading